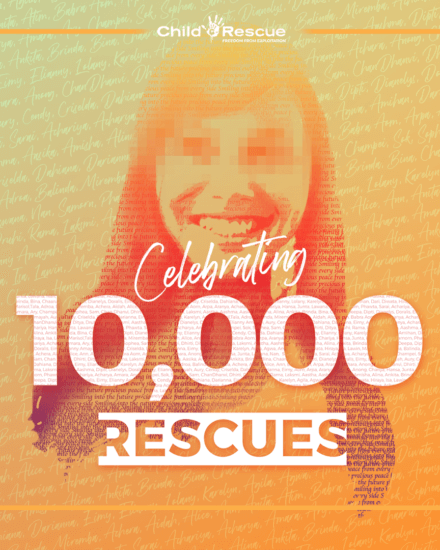 We're celebrating the milestone of 10,000 rescues.

“Our vision is big, intimidating and optimistic. We want to see the end of child sexual exploitation and slavery in our lifetime. Today, we are celebrating the milestone of 10,000 rescues. Many people have sacrificed greatly to make this possible. Behind every rescue, there are generous donors and passionate fundraisers, dedicated staff members and volunteers, and rescue agents willing to risk it all. All are heroes worthy of our prayers, support and gratitude. We are excited about this milestone because each number represents an actual person with a real name; children and young adults who have been given the opportunity to embrace freedom and pursue their dreams. Let us celebrate this victory together. I thank you all and pray God blesses you abundantly!” – Founder and International President Tony Kirwan 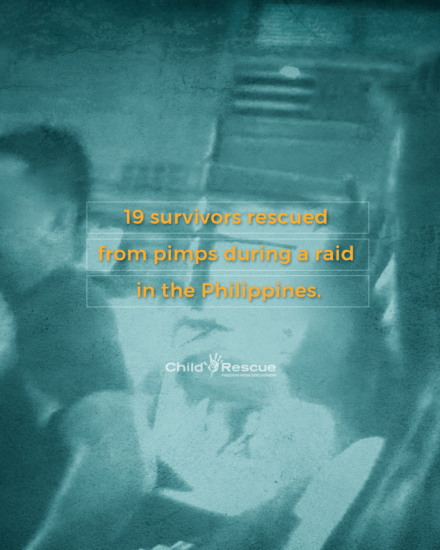 19 survivors rescued from pimps during a raid in the Philippines

Eight of the survivors were children, three of whom were boys. 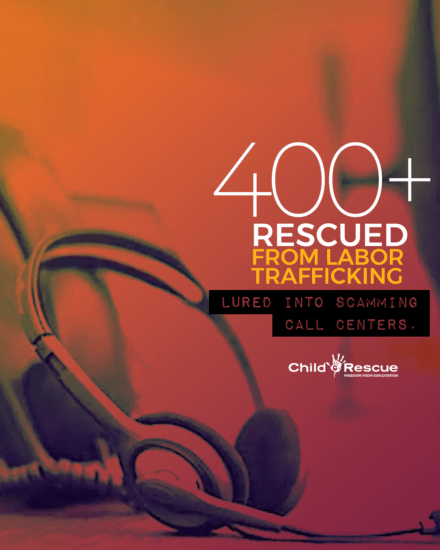 Over 400 men, women and children have been rescued from international labour trafficking since June. Among those rescued were 76 children, some as young as 14 years old. 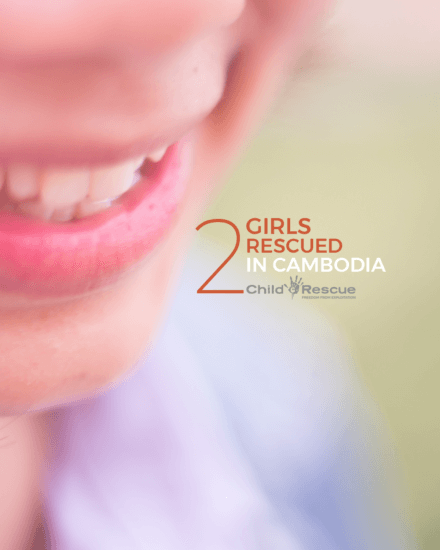 Both girls, 13 and 17 years old, have enrolled in our community care program. 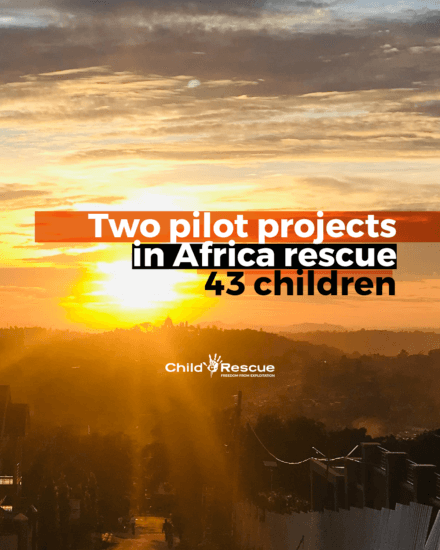 43 survivors have stepped into freedom and joined our community care program in two different African countries. 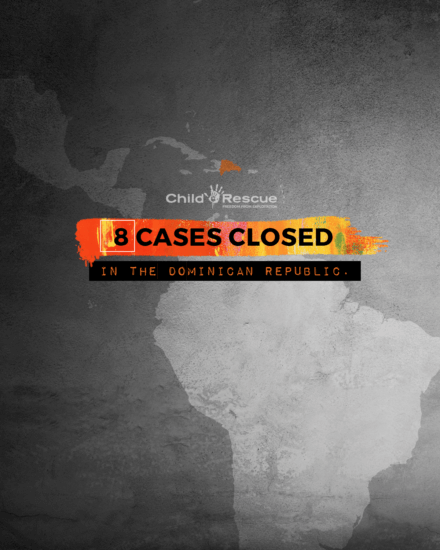 Eight cases closed in the Dominican