Rescuing those trafficked across the Nepal border

All along Nepal’s open border, people routinely cross for work, to visit family or to just shop in neighbouring cities. The roads vary from busy city streets to dusty dirt lanes, but along many, you’ll find the telltale blue shelters that act as bases of operation for rescue agents at the border.

In the region, 96% of Destiny Rescue’s rescues are at the border.

These heroic women boldly stop travellers of all sorts, from pedestrians to busloads of people, for questioning if they suspect that a woman or child is in danger of human trafficking. They are the last line of defence between freedom and exploitation. In the region, 96 percent of Destiny Rescue’s rescues are at the border, allowing many victims to be saved before they are abused. Destiny Rescue is an organisation whose rescue work in Thailand, Cambodia and the Philippines Child Rescue helps fund.

But what about the other four percent? While rescue after this point is difficult and extremely rare, Destiny Rescue’s rescue teams jump into action whenever authorities or a family asks for help. These cases–the four percent–reveal the heartbreaking realities awaiting those being lured out of the country.

Destiny Rescue’s 16 border stations are strategically located to cover as many routes out of the country as possible. Occasionally, however, traffickers will resort to unorthodox methods to avoid border agents.

Nisha was only 14 years old when she met a friendly man in her local village. The two hit it off, and after a few months, he invited Nisha to cross the border with him for a tour and shopping. Excited by the prospect of seeing a new area and deepening their relationship, Nisha accepted.

Careful to avoid scrutiny, the 32-year-old trafficker snuck his victim across the border through the jungle. Once they arrived at their destination, he locked her in a room and repeatedly raped her for two months.

Her family, who hadn’t heard anything since filing a missing person’s report, finally got a tip about their daughter’s location. Because of the respect that locals have for Destiny Rescue, they quickly informed rescue agents, who collaborated with the police to arrest her abuser and return Nisha to her home. 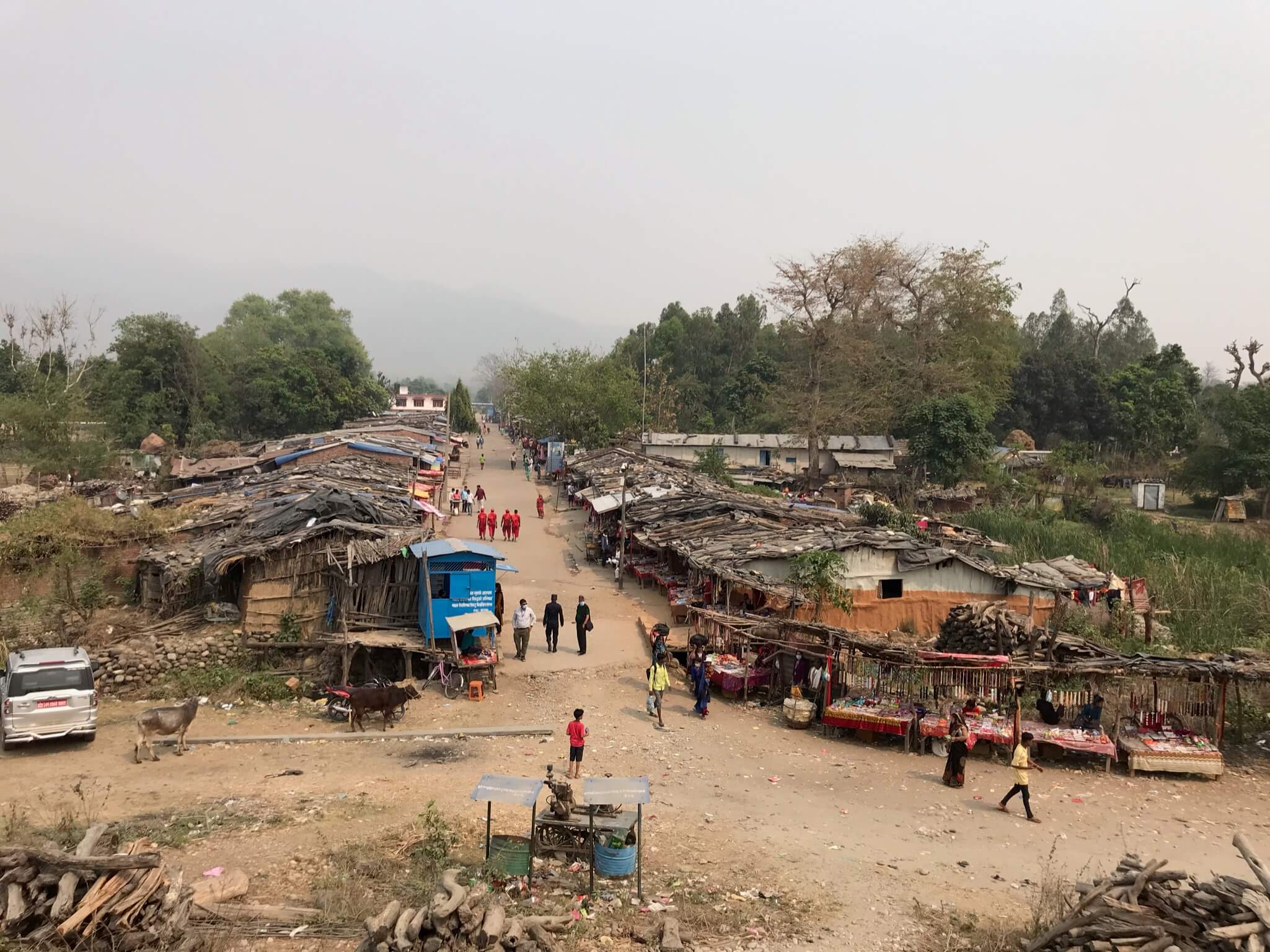 46% of rural families in Nepal live in poverty.

The promise of a shopping trip isn’t the only lie traffickers use to lure their victims.

They will often spend months developing fake online relationships until finally proposing marriage. Other times, they offer better job opportunities if the victim will travel out of the country.

That was the case for Khavia.

The daughter of a widowed farmer, 14-year-old Khavia did her best to contribute to her family’s well-being by operating a small retail stand in the market. But money was still tight: despite his hard work, Khavia’s father brought in less than USD$150 a month.

She developed a friendship with a man on Facebook who claimed to be from her area. When she confided in the 20-year-old man and told her story, he said he could get her a good job in a neighbouring country as long as she didn’t tell her family.

Excited at the prospect, Khavia sold her phone to pay for travel expenses and brought along her best friend, Sani. Together, they snuck across the border without telling their families.

Their trafficker had jobs waiting for them–just not the jobs they’d hoped for. He put them to work washing dishes in a hotel, where they worked from early morning until late at night. While he said they’d be paid USD$73 a month, less his 30 percent cut, the girls later reported that they were never paid at all.

Fortunately, one of Destiny Rescue’s trusted informants passed on information about the girls, and our agents worked with the police to rescue them. They sent the perpetrator to the police, and the girls returned home.

Traffickers like Khavia’s paint themselves as heroes who can solve all of their victims’ problems. They lift the mask only once they’ve lured their victim out of Nepal.

14-year-old Ceta managed to see through the mask before it was too late.

Ceta’s father had been sick and unable to work for some time, and no matter how tirelessly her brother worked hard-labour jobs, finances were still tight. Ceta did her best to care for her father, but there was little else she could do to contribute. The family began to worry that their situation was unsustainable as time passed.

One day, they met a woman who claimed she could heal their father. Grateful for a chance at restoration, they welcomed her into their house.

The woman (we’ll call her Rupa) befriended young Ceta during her four-day stay. While it looked like Rupa’s “medical care” was doing little good, she convinced Ceta that she could get her a well-paying job in a neighbouring country. Desperate for a solution and excited to help contribute to her family, Ceta agreed.

The two of them left quickly and spent the night in a hotel. That evening, Ceta began to see a different side of Rupa.

Rupa said she had good news: she’d found a man for Ceta to marry in the new country. Shaken by this new development, Ceta attempted to call her family. Rupa snatched her phone away and refused to return it.

Ceta’s worst fears were confirmed when she overheard Rupa making a call. The kind, benevolent woman who had tried to help her family was negotiating a price to sell Ceta. Rupa was a human trafficker.

As Rupa prepared for them to travel the next morning, Ceta asked a passerby if she could use his phone. She quickly called her brother, hastily explaining what she’d learned of Rupa.

Ceta’s brother called Destiny Rescue’s local rescue headquarters for help. Rescue agents discovered the trafficker’s true identity and worked with the police to find her. Rupa never made it to the border: she and her victim were intercepted by police.

Rupa was arrested, prosecuted and imprisoned. Ceta was returned to her family, where she still faces many challenges. But thanks to her quick thinking and Destiny Rescue’s rapid response, she’ll face those challenges in freedom.

These are the horrors that border agents prevent day in and day out. Ninety-six percent of Destiny Rescue’s rescues in Nepal happen before precious girls and women are ever exposed to the full extent of their traffickers’ plans.

Your gift will help save children all over the world from human trafficking and sexual exploitation. 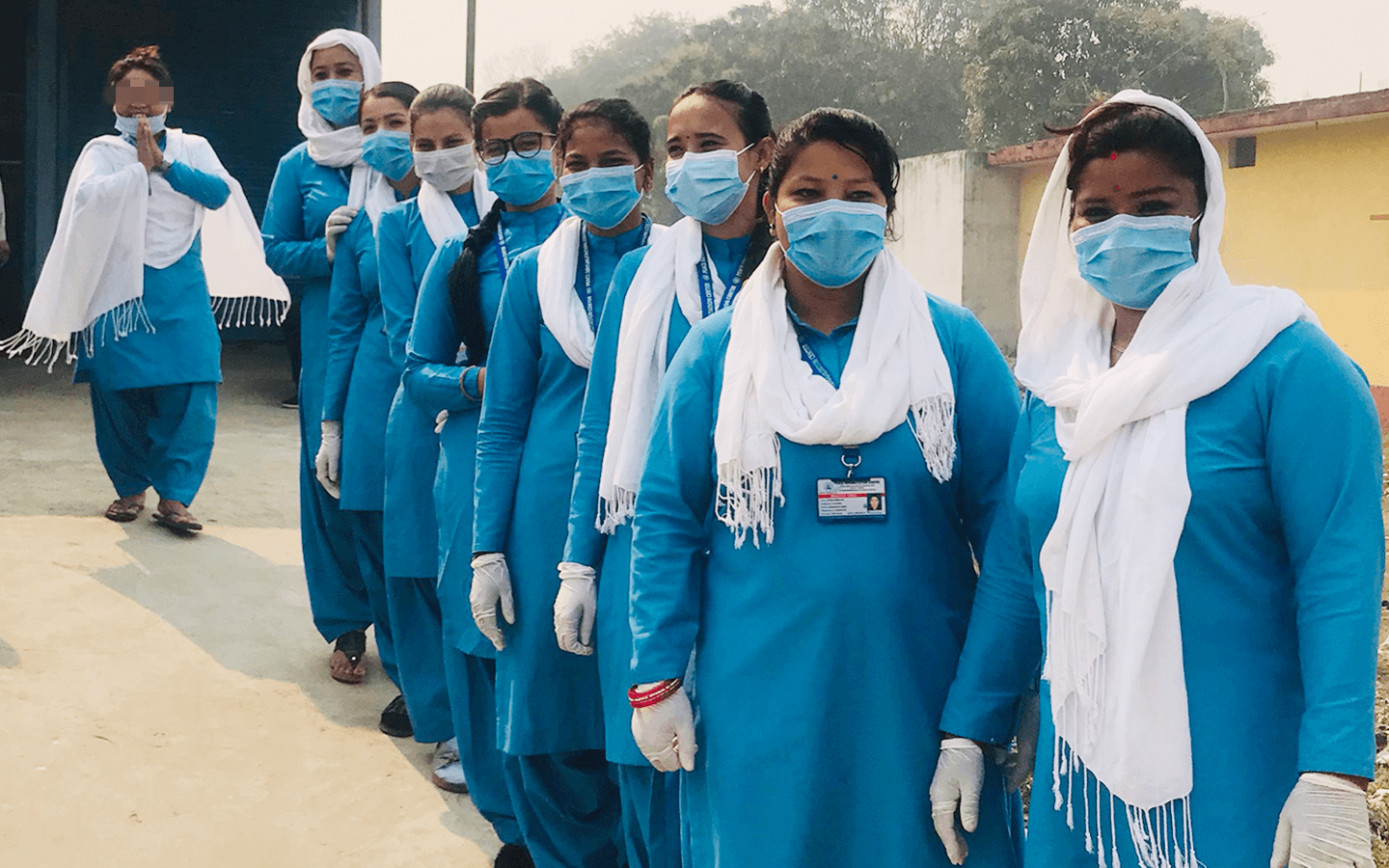 The brave women who bring human trafficking victims to freedom in Nepal.

Join an army of freedom fighters standing up against the injustice of child exploitation.

Annual reports to Charities Services can be viewed here

Please note: Annual Reports on this website will refer to ‘Destiny Rescue’ – Child Rescue’s name in New Zealand until August 2017.